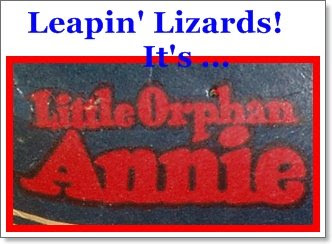 Harold Lincoln Gray (January 20, 1894 - May 9, 1968)
was an American newspaper artist and cartoonist.
He first had the idea for a cartoon strip in 1924 for
Little Orphant Otto. The title was quickly
altered by the Chicago Tribune editor to
Little Orphan Annie which first appeared
in the Tribune on August 6, 1924.
In the 1930's it also had become a popular
children's radio program sponsored by Ovaltine.

You can listen to the opening jingle
and some of the Episodes here. 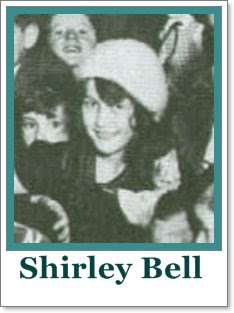 Jack Pressman & Co. was one of the
pioneers in the toy industry in licensing
comic strip and film properties, and
in the 1930's sold licensed toys based
on Little Orphan Annie, Dick Tracy,
and also Walt Disney's Snow White and
the Seven Dwarfs.
Here is the Little Orphan Annie
Knitting Outfit made by J. Pressman
& Co. N.Y. - U.S.A. (No. 6830) 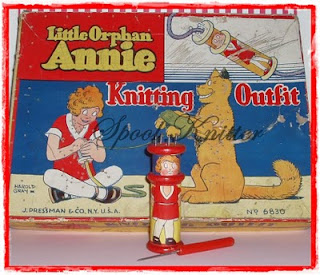 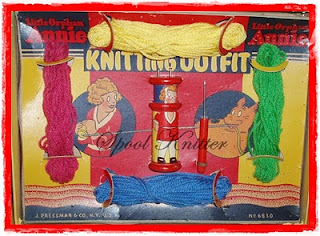 Above - showing the inside.

This is the leaflet found inside
this set - instructions for
Tricky Knit. 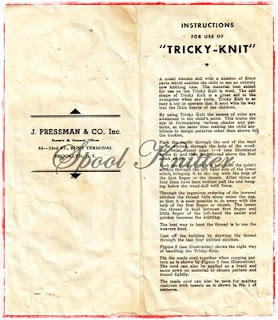 Obviously, it is a J. Pressman & Co issued
leaflet. 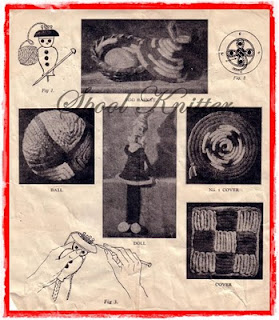 Above - showing the other side of the leaflet. 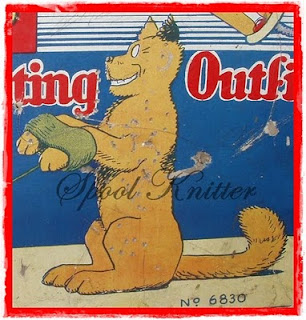 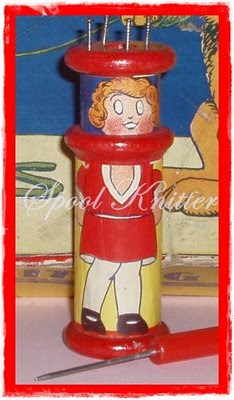 The spool knitter itself is a very
simple wood spool shape with
the paper picture of the cartoon
Annie pasted on.

Little Orphan Annie
became simply "Annie" due to the release
of the movie of that name on December 9,
1982, with Aileen Quinn as Annie.
The cast members include - Albert
Finney, Carol Burnett, Anne Reinking, Tim
Curry, Bernadette Peters, and others. 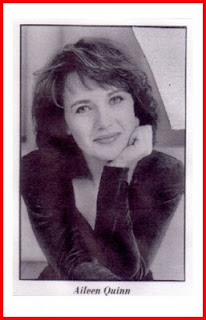 There are many songs for you to
enjoy to be found on U tube.
Such as Tomorrow, It's a Hard
Knock Life, and Aileen Quinn's
favourite song - Maybe.


Posted by crazyhaberdasher at 11:39 PM 4 comments:

I would like to introduce you to
Christine,
a spool knitter collector in France
and who has a blog -

You will find many images of the
collection, plus many from around
the internet.
You can click on the images to
look at that particular Album.

Of special interest are those that
are found in France - such as
the papier mache tricotins of the
1930's with such characters as the
Dutch boy and girl, Charlie Chaplin
and the Japanese Lady, etc.

Do leave a comment to let her
know that you appreciate all of
her great collection.

Posted by crazyhaberdasher at 1:02 PM 2 comments: